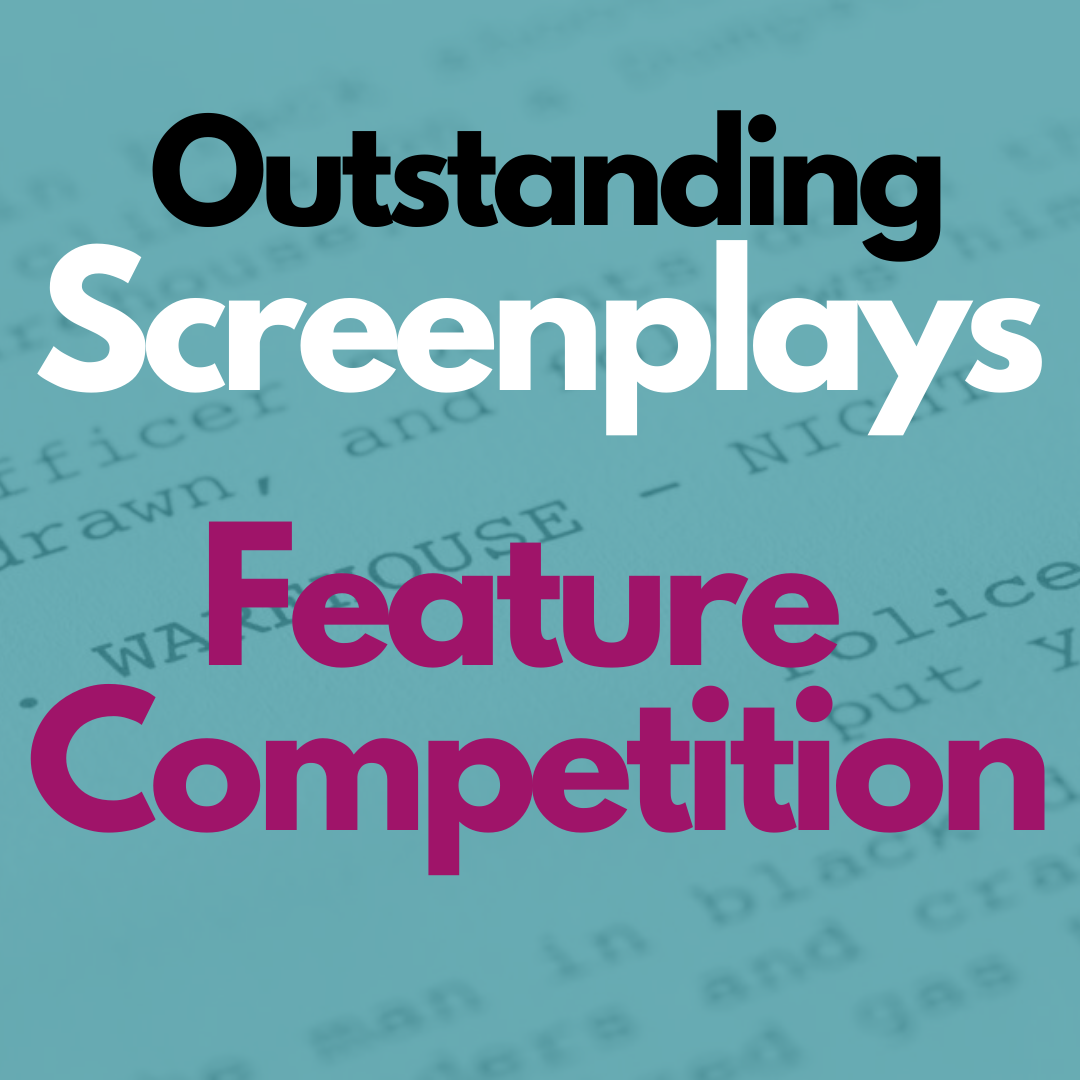 Kathleen Kennedy is one of the most successful and respected producers and executives in the film industry today.

Since 2012 she is The President of Lucasfilm after The Walt Disney Company acquired the company for $4.2 billion.

In 1981, she co-founded the phenomenally successful production company Amblin Entertainment with Steven Spielberg and her husband Frank Marshall.

Altogether, Kathleen Kennedy has further produced or executive produced more than 70 feature films, which have collectively garnered 120 Academy Award nominations and 25 wins. Her films have earned over $11 billion worldwide, including five of the fifty highest-grossing films in motion picture history.

Kennedy is currently the executive producer of the Emmy Award-winning The Mandalorian. She also serves as a producer on all of Lucasfilm’s live-action titles in production, including Indiana Jones, Willow, Andor, Obi-Wan Kenobi, and more.

Paul Schrader is known as one of the cinema’s most successful screenwriters. He is also a film critic and film director. He started his career as a film critic, before he began writing screenplays, hitting the jackpot when he sold his first screenplay, Yakuza, for then-record sum of $325,000, thus establishing his reputation as one of Hollywood's top screenwriters.

He first received widespread recognition through his screenplay for Martin Scorsese's Taxi Driver (1976). He later continued his collaboration with Scorsese, writing or co-writing Raging Bull (1980), The Last Temptation of Christ (1988), and Bringing Out the Dead (1999). Paul Schrader has also directed 24 films, including Blue Collar (1978), Hardcore (1979), American Gigolo (1980), Mishima: A Life in Four Chapters (1985) and Affliction (1997).

His three most recent films have been described by Schrader as a loose trilogy: First Reformed (2017), The Card Counter (2021), and Master Gardener (2022).

He has written the screenplays for two 'Best Picture' Academy Award nominees (Taxi Driver (1976) and Raging Bull (1980), but would only receive his first Academy Award nomination for 'Best Screenplay' more than 40 years working in the business - he got nominated for First Reformed (2017).

The pair won the Best Picture Academy Award in 2000 for producing American Beauty. The film won a total of five Oscars, including Best Picture and Best Original Screenplay. Next film was Tim Burton's Big Fish, which was nominated as Best Picture for both the Golden Globes and the BAFTAs.

In the summer of 2008, Jinks and Cohen produced A Timeless Call, a tribute to war veterans that Steven Spielberg directed for the Democratic National Convention.

Jinks produced Nothing to Lose, starring Martin Lawrence and Tim Robbins for Touchstone Pictures, and executive produced The Bone Collector, with Denzel Washington and Angelina Jolie for Universal.

Wendy Finerman is an American film producer. She is best known for winning the Academy Award for Best Picture for Forrest Gump in 1994. Forrest Gump received critical acclaim for Zemeckis's direction, performances (particularly those of Tom Hanks and Gary Sinise), visual effects, music, and screenplay. The film was an enormous success at the box office; it became the top-grossing film in America released that year and earned over US $678.2 million worldwide.

Further Wendy Finerman won a BAFTA Award for Fairy Tale in 1998. She has also produced such popular films as The Fan starring Robert De Niro; Stepmom starring Julia Roberts and Susan Sarandon; P.S. I Love You starring Hilary Swank and Gerard Butler and The Devil Wears Prada starring Anne Hathaway and Meryl Streep. She is a graduate of the Wharton School at the University of Pennsylvania and runs her own company, Wendy Finerman Productions.

Michael London is an American film producer and a partner, with Janice Williams, in Groundswell Productions. He has produced over 20 films including Sideways, The Visitor, Win Win, Smart People, and Trumbo. Earlier on, before Groundswell was formed, his production company Michael London Productions treated to a Paramount first look deal before 2006. Even before that, he was a producer at USA Films/Focus Features. The film Sideways was nominated for an Academy Award for Best Picture in 2005. On the heels of the Academy nomination, London won "Producer of the Year" in 2006 at the Palm Springs International Film Festival. In 2013, Groundswell was scheduled to produce Mona for the studio New Regency, based on the novel of the same name by Swedish author Dan T. Sehlberg. He has a first look TV deal with Fox 21 in 2013.  London will be the executive producer of the upcoming HBO adaptation of the novel A Visit From the Goon Squad.

Georges currently runs Memento International alongside her production companies at Paradise City (including ex-La Cinefacture). Her credits include US indie genre films such as Jeremy Saulnier’s BLUE RUIN and Jim Mickle’s COLD IN JULY & WE ARE WHAT WE ARE Sundance winners World dramatic CIRCLES (2014) by Srdan Golubovich & CONTRACORRIENTE (Audience, 2010) by Javier Fuentes Leon; as well as Luca Guadagnino’s Oscar winner feature film CALL ME BY YOUR NAME for which she received an Oscar nomination.

Siena Oberman is the founder of Artemis Pictures, a filmmaker driven female run production company. She was named in Forbes 30 Under 30 2022, Variety Top 10 Producers to Watch in 2021, and Diversity in Cannes Top 10 Female Filmmakers to Watch in 2019. She focuses on stylistically bold independent films and female driven stories. She's had feature films in TIFF, Berlinale, Tribeca, Telluride, and Venice. Her films have been acquired by companies such as A24, IFC, Screen Media, Universal, Lionsgate, Hulu, and eOne. Before Artemis, Siena was a Development Executive at Yale Productions. Prior to producing, Siena went to USC and studied Business and Cinema.

Born, bred, and buttered in DC, Adam Novak majored in screenwriting at USC’s School of Cinema-Television where he sold his senior thesis script Conversations with a Cannibal before starting his career at the venerable William Morris Agency (now WME) as the exclusive script reader for Arnold Schwarzenegger, Jackie Chan, Sylvester Stallone, John Travolta, Clint Eastwood, and Bruce Willis.

* Each of the 15 finalists will receive an EXCLUSIVE one page written feedback report from one of our 10 Academy Award Winning/Nominated judges! This one is HUGE!  The CEOs of the best film production companies in the world will actually read your script and give you feedback! And if they like it, you'll have a big chance of getting it produced into a feature film! You can get your script read by Kathleen Kennedy, the PRESIDENT of LUCASFILM! Or by PAUL SCHRADER, the writer of TAXI DRIVER! Or by any other of our 10 Academy Award Winning/Nominated judges!

* Each of the 15 finalists will also receive a 4-month InkTip Pro Membership. (15 x $130 value) As an InkTip Pro Member, thousands of filmmakers can find and read your scripts, and you'll be able to pitch directly to production companies every week. With over 3,000 options and 400 movies made, InkTip is the place for independent film.

* Quarterfinalists, Semifinalists, and 15 Finalists will be published on our Instagram and all our other social media accounts. We currently have more than 870,000 followers combined and this will be important exposure for you and will create more opportunities for your screenplay and your writing career.

* Your script will be sent to our Judges, Producers, Literary Agents, Managers & specially chosen members of our industry contacts. You don’t need to be one of our finalists to have your script sent out. If we notice an interesting script that we know a certain producer, agent, or manager will be interested to read, we'll contact you and ask if we can send it to a certain industry contact.