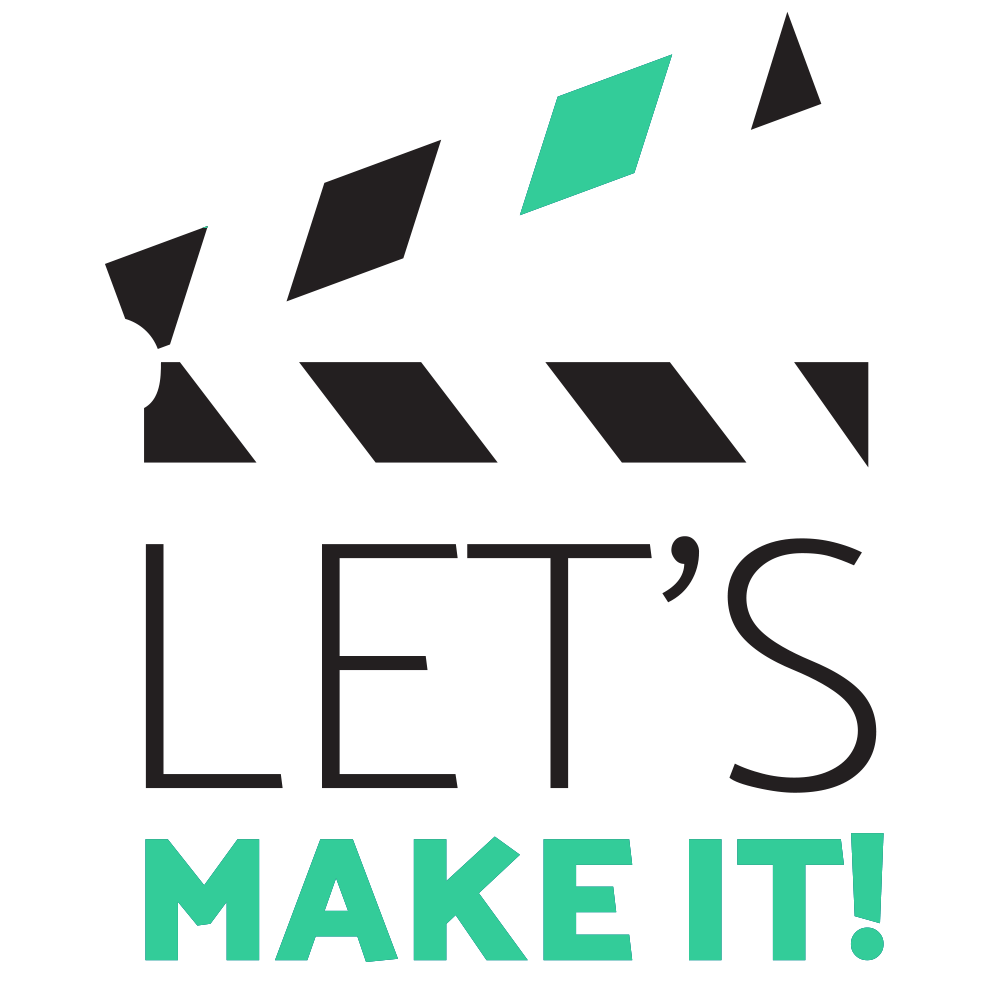 Let's Make It!
8th LET'S MAKE IT! Screenwriting Contest
2022-2023
Active Since 2016
LET’S MAKE IT! is a screenwriting contest where the winning screenplay is turned into a movie.
Accepting Features, TV Pilots, Shorts, and Web Series
Enter Now
Enter on or before February 1st to save $11

⚠️ Please note! ⚠️
- We're only accepting screenplays in English or Romanian.
- The GRAND WINNER will be offered to have the screenplay produced before the end of 2024.
- We are now offering feedback files year-round. To receive them, please submit under the "feedback files" or "feedback meeting" categories. Category Winners and Rising Start Award Winners will also receive feedback files. But we can't offer feedback letters to the rest of the submissions.
--- About ---
LET’S MAKE IT! is a screenwriting contest where the winning screenplay is turned into a movie.
--- Contest Description ---
Did WE ever dream to have your screenplay produced? Of course! That was the reason to wake up in the morning! So we took our ideas through heaven and hell, wrote them down, took notes and received feedback, applied them and wrote again, until we thought we were ready to face the industry.
We went to workshops, meetings and pitch contests, hoping that a production company will get behind our ideas and produce them. But when, after many failed attempts, we understood that none of the participants were getting picked up, that the production companies where there just for the entrees and small talk, we decided to take the future in our hands.
We gathered all our stories, experience and equipment and started making films!
Did YOU ever dream to have your screenplay produced? Perfect! Let’s make it happen!
Under the umbrella of our production company, mc² film, we are all about transforming your ideas, imagination and the world you created into a real movie, ready to go to the festivals and be shown on the cinema screen!
With short and feature films accepted, screened and awarded at more than 100 film festivals in the United States, United Kingdom, France, Portugal, Italy, Greece, Germany, Romania, Cyprus, Canada, Bulgaria, Austria, Australia and many more, we are looking for the next big thing, the screenplay that will catch our eyes, melt our hearts and spark our fire!
--- Contest History ---
LET'S MAKE IT! Screenwriting Contest was founded in 2016 by Alin Boeru, George Gänaeaard, Valentin Paduraru and Vlad Ghinea. Since 2018, it is managed by George Gänaeaard and Horia Cucuta.
7️⃣ - The sevents edition winner is THE LAST TO STAND, written by Matthew Michael Morrison, which we will be turning into a webseries pilot in 2022-2023!
6️⃣ - The sixth edition winner is POWERLESS, written by Kevin Dawson, which we will be turning into a feature film in 2022-2023!
5️⃣ - The fifth edition production award was won by OLD FOLKS, written by Corbin Eaton & Martin Hasler, which we will be turning into a sitcom pilot in 2022!
4️⃣ - The fourth edition production award went to THE OTHER SIDE OF CURIOSITY, written by Casey Hagaman, which became a film in March 2022.
More info here: https://filmfreeway.com/tosoc2022
3️⃣.1️⃣ - The third edition winner was KNOW THY PARTNER, written by Paul Weidknecht, and the screenplay became a film in March 2022.
More info here: https://filmfreeway.com/ktp2022
3️⃣.2️⃣ - During the third edition we also discovered THE MANNEQUIN, a screenplay written by Babak Shahidi. We've loved it so much that we decided to start working on it as well, producing a 2D animated film. The rewritten screenplay we've worked on just won the Best Screenplay Award at ABIFF Film Festival.
2️⃣.1️⃣ - AMERICA, written by Ron Riekki, won the second edition and became a film in February 2019. It also became our most successful project, being accepted at 54 film festivals in the United States, United Kingdom, France, Mexico, Romania, Italy, Greece, Germany, Cyprus, Canada, Bulgaria, Austria and many more, placing as semi-finalist and finalist numerous times and winning 10 awards.
More info here: https://filmfreeway.com/america2019
2️⃣.2️⃣ - Having had such an amazing collaboration with Ron, we've also produced a second screenplay of his, THANK YOU FOR YOUR TEETH!, a stop motion animated film. The film was finished in July 2020 and is in a real contest with AMERICA, having been already selected in 43 film festivals, all over the world, winning 8 awards in United States, Romania, Columbia, Iran and Poland.
More info here: https://filmfreeway.com/tyfyt2020
1️⃣ - The first edition winner was MOTHERS, written by Luke Anthony Walker, a film which was finished in April 2020. The film has already been accepted at 20 festivals in Taiwan, UK, Romania, USA, Italy, Mexico, India, Belarus, Greece, France, Canada and South Africa and has won Best International Horror Short at Luna Lumen Film Festival in Columbus, OH, United States.
More info here: https://filmfreeway.com/mothers2020
--- Contest Legacy ---
The main goal of LET'S MAKE IT! Screenwriting Contest is to help at least one submitting screenwriter have their screenplay produced into a movie, taken from the script page and projected on the cinema screen. It’s our way to give back, the least we can do to make sure that what we went through, when starting our careers, isn’t just a recurring theme inside the industry.
The second important goal is finding powerful voices and helping make their screenplays better by offering honest and to the point feedback, something we truly appreciate and hunt for on all our projects.