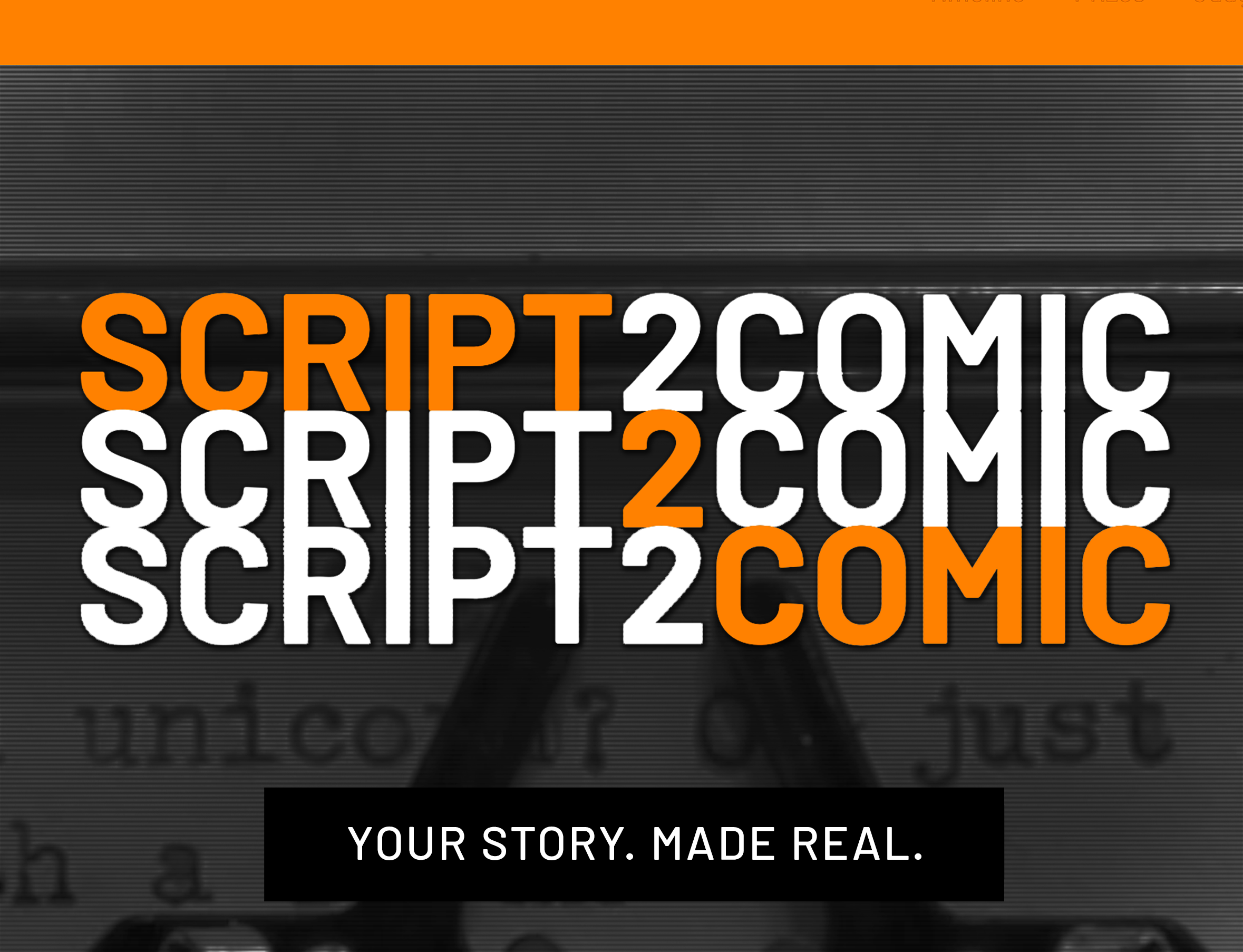 Script2Comic
Script2Comic Contest
2022
Reads in Coverfly
Active Since 2020
Winners see their story come-to-life as a comic or graphic novel, released in stores nationwide, and put into development by top TV and Film producers and production companies.
Subscribe
Currently Closed. Subscribe to receive a notification when the next season opens.

What do Men in Black, Kingsman, Oldboy, The Walking Dead, Watchmen, Umbrella Academy & The Boys have in common? They all started as comic books.

Not only will the winning stories appear on shelves in comic and bookstores nationwide, they will also be developed into a film and/or television show by one of our sponsors.

All winners will also receive a framed page of original art from their book signed by the artist and a CGC award slab prize trophy.

The Grand Prize winner will receive a custom 'holo-foil' CGC award slab as well as a graded copy of their premiere issue when it's published and 50 individual copies of their work.

The 1st Prize Winner will receive a custom 'gold-label' CGC award trophy and 50 individual copies of their work.

The 2nd Prize Winner will receive a custom 'silver-label' CGC award trophy and 25 individual copies of their work.

3RD PRIZE: Your story made into a comic short story and published as part of an anthology by one of the leading indie comic publishers. ($1,000-$15,000 value)

The 3rd Prize Winner will receive a custom 'bronze-label' CGC  award slab and 25 individual copies of their work.

The Special Jury Prize Winner will receive a custom 'ivory-rainbow-label' CGC  award slab and 25 individual copies of their work.

Each year our contest poster and award slab changes. For 2022 we have the work of Bulgarian artist Diana Naneva.

All submissions must adhere to the Script2Comic Contest Rules & Guidelines.

By agreeing to these Rules and Conditions you agree that you have read the rules of the contest and that you have the authorization to submit your material (script, teleplay, short story, comic script) to the Script2Comic Contest. You further represent and warrant that your material is owned entirely by you (and any co-author(s) clearly listed in the submission).

Scripts are not eligible for entry if the source material has been sold, produced, is currently under option to any third party, or is otherwise encumbered in any way. Adaptations are not eligible unless the underlying material is in the public domain worldwide as of March 5th, 2022.

Employees, officers, directors, contractors and agents and their immediate families of the Script2Comic Contest and its respective sponsors, judges, financiers, divisions, affiliates, subsidiaries, agents are not eligible to enter.

If a submitted script, teleplay, comic script or short story becomes optioned, purchased or encumbered in any way between the time of submission and the end of the judging period, the applicant must notify Script2Comic and that material will no longer be eligible for an award.

The Script2Comic Contest accepts online entry only of feature film, original pilot television screenplays, short film scripts, comic book scripts and/or short stories. Entry should consist of a screenplay, teleplay, short film script, short story or comic book and graphic novel scripts only. Do not include resumes, pitches, casting suggestions, letters, or other supporting documentation with your submission. Judges will not receive these materials. No illustrations will be accepted.

A short synopsis should be submitted as part of the entry form.

The exception is original hour-long and half-hour TV entries, which may include standard supplementary materials, such as character lists as part of the teleplay. This information would need to be included within the same file, at the end of the script and submitted in PDF format.

Title Page – to be fair to all writers, Title and any WGA/copyright info only on title page, no writer(s) name or contact info. This is captured on your entry form. Do not include your name or any personally identifying information on any page of your script or in the text of your synopsis.

Script file name must contain no last names or identifying information. Please note this information will be stripped by Coverfly so you will not be disqualified if you mistakenly submit a script with information in the name.

Script2Comic Screenplay Contest entrants retain all rights to their screenplays.

The Script2Comic Contest and/or judges’ decisions are final, and disqualification can occur. If necessary, prize substitution of relative equal value may occur and is at the sole discretion of Script2Comic and/or any financier, sponsor, comic producer and/or judges.

Potential winners must continue to comply with all terms and conditions of these Rules, and winning is contingent upon fulfilling all requirements. The potential winners will be required to sign and return to Script2Comic Contest, financier, sponsor and/or comic producer, as directed, within five (5) days of the date notice is sent (which may occur electronically), an Affidavit of Eligibility and Liability/Publicity Release (except where prohibited by law) in order to claim their respective Prizes. If a potential winner of any prize cannot be contacted, fails to sign and return the affidavit of eligibility and liability/publicity release within the required time period or if the prize or prize notification is returned as undeliverable, or chooses not to enter into any of the agreements set forth herein, the potential winner will forfeit the prize. In the event that a potential winner of a prize is disqualified for any reason, Script2Comic Contest may award the applicable prize to the next eligible entrant selected at Script2Comic Contest, financier, sponsor, comic producer and/or judges' discretion.

Except where prohibited by law, participation in the Script2Comic Contest constitutes each entrant’s consent to Script2Comic Contest, its organizers and agents use of entrant's name, likeness, photographs, and/or personal information for promotional purposes in any media, worldwide, without further payment or consideration, if entrant is selected as a winner.

The entrant shall indemnify and hold harmless Script2Comic, Motor LLC, Thunder Comics, Scout Comics, Picturestart, Mosaic, our financiers, sponsors, producers, judges and their affiliates, employees, contractors, and agents from and against any and all claims, liabilities, losses, damages, and expenses (including but not limited to attorney’s fees, and costs of the court) which may be incurred by reason of any claim involving copyright, trademark, credits, and/or publicity to the script, screenplay or other material entered.

Decisions of the judges are final and may not be disputed. Our judges are instructed and agree to evaluate scripts based on our standard criteria in the following ten categories: 1) Concept 2) Plot 3) Characters 4) Theme 5) Dialogue 6) Market Appeal 7) Pacing 8) Structure 9) Presentation and 10) Emotion. For more details on these categories please go to www.script2comic.com

The Script2Comic Contest and its financiers, sponsors, producers, judges and their affiliates, employees, contractors, and agents may not be held responsible for any errors or omissions on the part of the judges.

﻿The Script2Comic Contest notifies winners only. Entrants are advised to check our website and e-newsletter for judging announcements.﻿