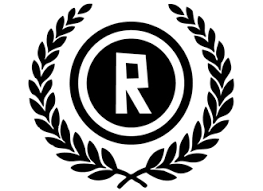 Raindance-premiered hits include Pulp Fiction, Memento and the Blair Witch Project, to name a few. Listed by Variety as one of the world’s top 50 ‘unmissable film festivals’, Raindance aims to nurture, support and promote independent films and filmmakers from the UK and around the world.

Raindance is dedicated to fostering and promoting independent film in the UK and around the world. Based in the heart of London, Raindance’s ecosystem includes Raindance Film Festival, Raindance Open Courses, the higher education institute Raindance Film School, and the prestigious British Independent Film Awards.

At Raindance, we believe in championing independents in every way. As such, our new script competition is designed to develop upon Raindance’s network and community, and offer greater opportunities to emerging screenwriters.

Similarly, Raindance Film Festival has always been proud to offer a fantastic opportunity to network amongst both established and emerging talent, for those looking to develop their network of collaborators and peers.

Raindance is proud to have supported an array of successful artists in their pursuit of creative goals. Much of this stems from the success of Raindance Film courses, available to independent artists. Such success stories include, but are not limited to: Christopher Nolan, Guy Ritchie,  Andrea Arnold, Matthew Vaughn, David Yates, Gavin Hood, Tom Hooper, Edgar Wright, Sacha Baron Cohen, Julian Fellowes and Nick Hornby.

Our goal, through the Raindance Film Festival Script Competition, is to grant new opportunities and champion emerging screenwriters. Offering a culmination of support and prizes, Raindance hopes to  champion true independence - a core principal of the film festival itself.

The path to a career in writing is a long and arduous task, which is why we have chosen to partner with some fantastic brands which have helped to support the careers of so many writers previously. Final Draft, InkTip, FilmarketHub and ScriptUp - to name a few - are proud to work with us in championing new, emerging writers.

Our worth is in your success, which is why it is crucial to us that we support, nurture and help to develop true talent.  As a result, we have put together what we believe is a great lineup of prizes, aimed at achieving this task.

Introducing a brand new category at the Raindance Film Festival, the winner of our feature competition will receive the 'Best Unproduced Screenplay' award, as well as professional script coverage, a copy of final draft and everything else offered to our each of our finalists:

The leading script software program in the industry, Final Draft is used and supported by an array of studios, executives and creatives from independents to Hollywood-alike. The number one in screenwriting software, Final Draft is a fantastic choice for putting 'pen to paper'.

Our friends at ScriptUp, will provide each of the winners a copy of their 'exceptional coverage', allowing the writers to benefit from their notes and further improve material - prior to sharing with industry reps.

Semi-finalists will be offered the opportunity to connect with collaborators at the festival, through a dedicated networking event, a year of free Raindance membership and accreditation to our festival.

Ensuring opportunities are created across the board, Raindance is also proud to offer discounts on membership and festival accreditation to those placing quarter-finalist in the competition.

Regarding our shorts competition, the winner will receive a free copy of Final Draft, as well as professional coverage for their winning script.

Those placing finalists will be awarded:

Discounts for Raindance membership and festival accreditation will also be offered to all those placing quarter-finalist and above in our shorts competition.

For a more detailed breakdown, please visit our competition page at Raindance.

Before entering the competition, please read the following rules and guidelines. Submissions which do not adhere to the regulations set out below may be disqualified.

Welcome! It looks like you already own a WeScreenplay account. Coverfly and WeScreenplay have partnered so that you can login here with the same email and password.