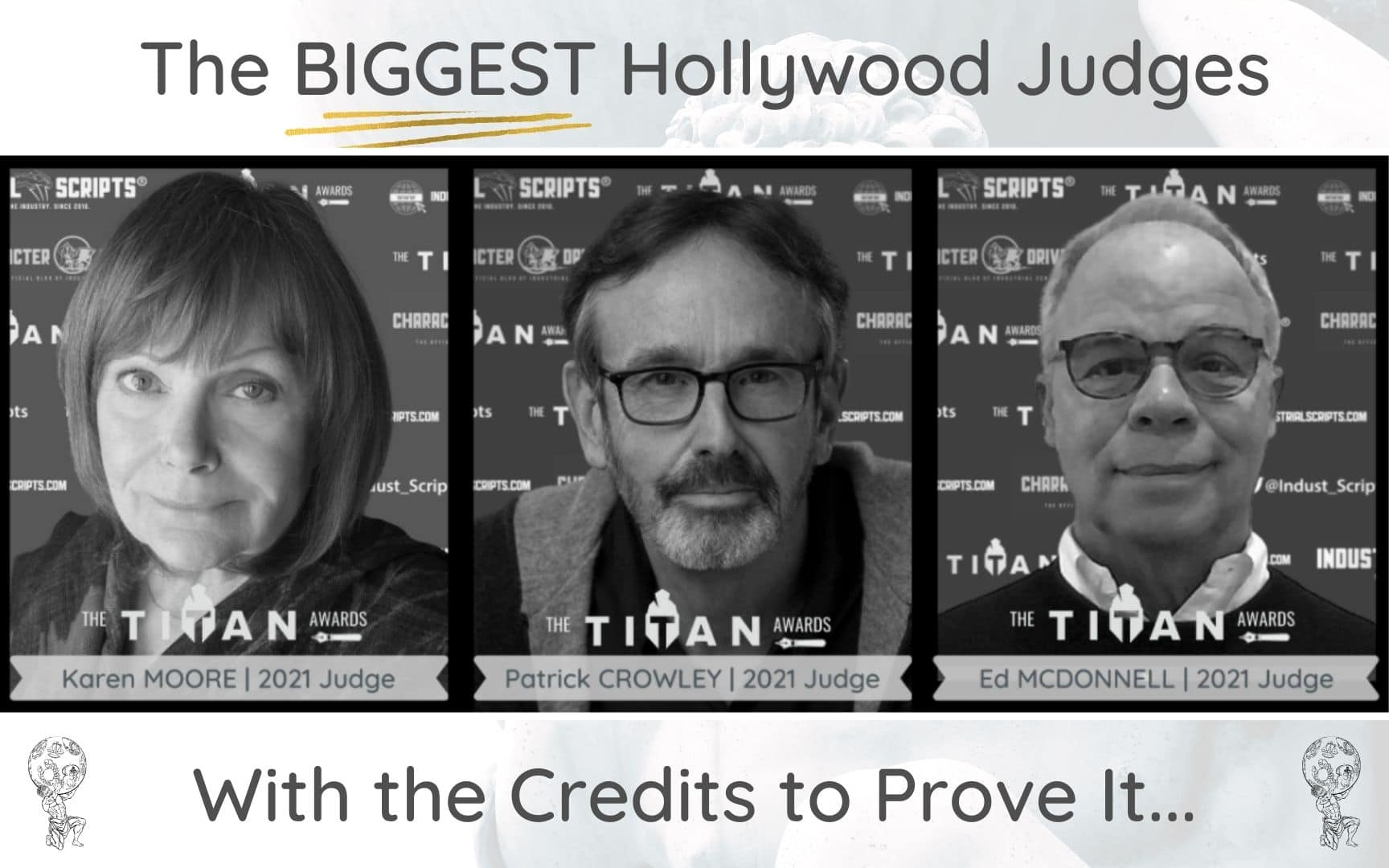 Of the hundreds of screenwriting contests, some have truly close ties to main industry.

Some even have high-level judges who are truly able to move the dial on a project.

But there aren’t many of them.

We established The TITAN Screenwriting Contest in early 2021 to combat this problem, and to discover and champion screenwriters, delivering their projects to people who are really able to give their projects traction.

The contest runs annually, and only runs at all if genuinely heavyweight industry judges stand behind it. 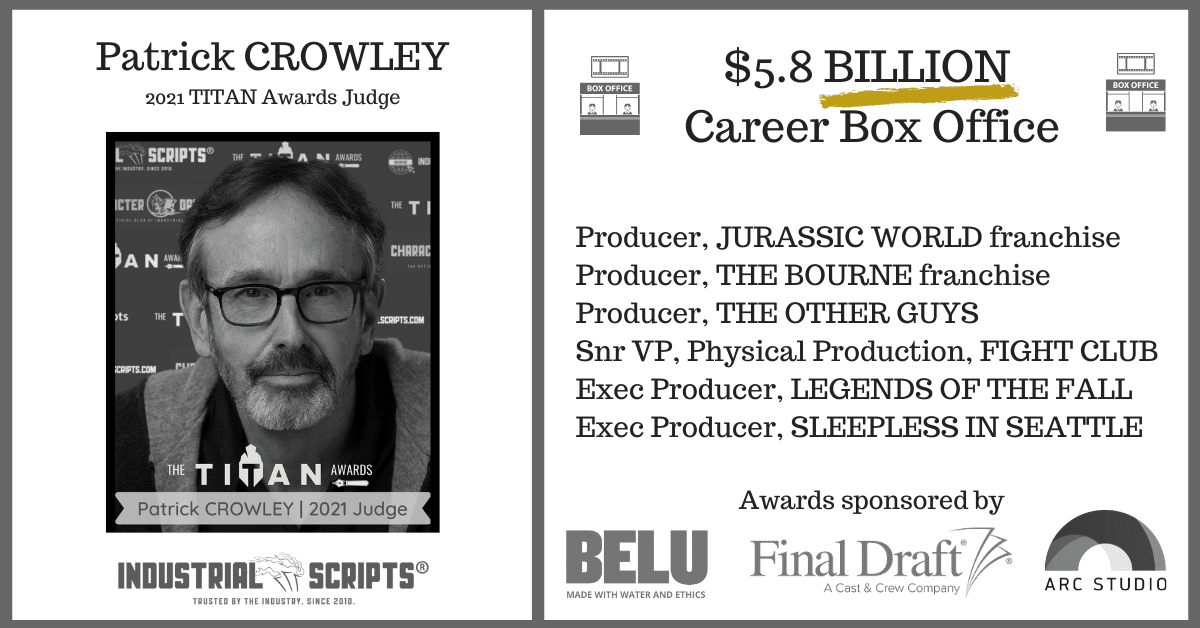 is one of the most commercially successful Hollywood producers in recent history. Having helped steer THE BOURNE franchise to vast global box office success, he continues to produce the JURASSIC WORLD movies, which to-date have grossed almost $3bn at the box office. Patrick’s work also encompasses a diverse range of outstanding Hollywood hits: from legendary rom-com SLEEPLESS IN SEATTLE, through epic drama LEGENDS OF THE FALL and Will Ferrell/Mark Wahlberg comedy, THE OTHER GUYS. 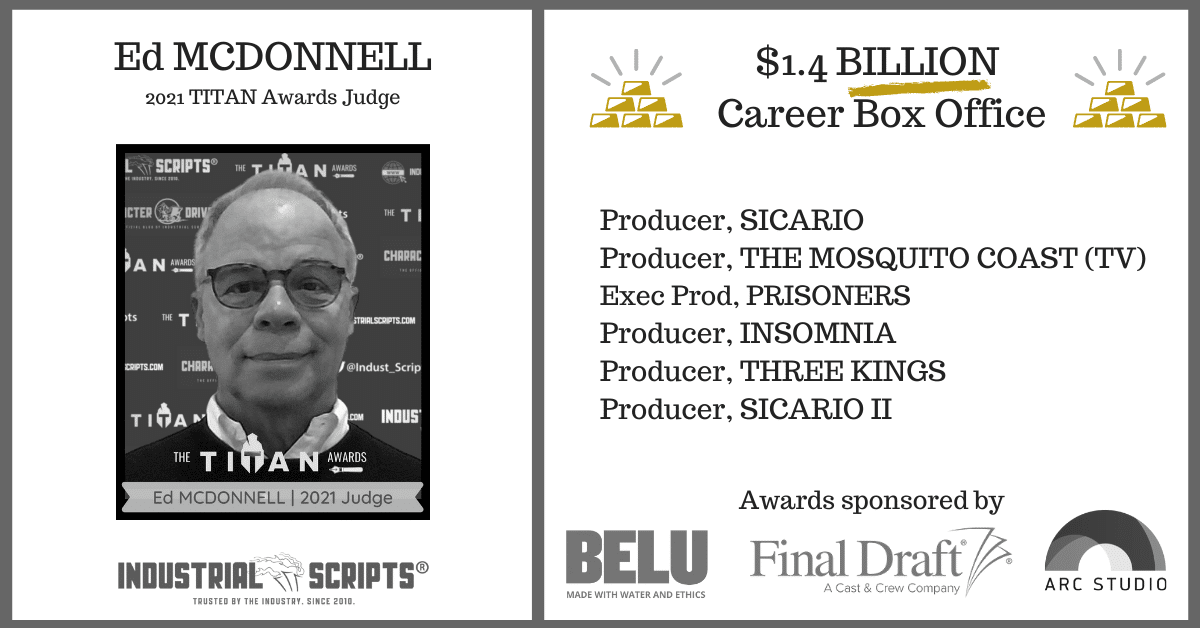 is one of Hollywood’s leading independent film and TV producers, with a career box office in excess of $1bn. With credits on both commercial and critical hits including SICARIO, INSOMNIA, THREE KINGS and many more, he has also produced for a Who’s Who of A-list directors including Christopher Nolan, Denis Villeneuve and David O’Russell. Ed is currently producing a huge new TV series for one of the streamers, and also recently wrapped on Apple TV’s THE MOSQUITO COAST series. 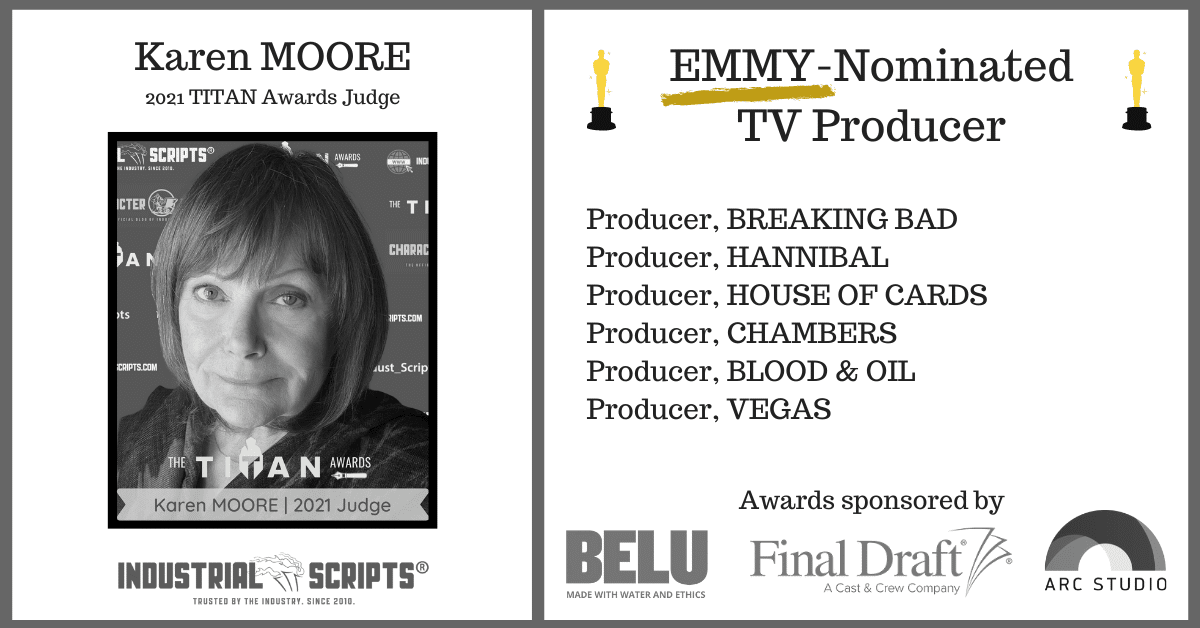 has enjoyed a 30-year career in high-end television production, working on some of the most successful shows of recent times. Producer of fully 20 episodes of BREAKING BAD, Karen also produced multiple episodes of HANNIBAL and HOUSE OF CARDS. EMMY-nominated for her work on Vince Gilligan’s iconic crime show, in 2019 Karen produced Leah Rachel’s CHAMBERS, on Netflix. Twice nominated at the PGA Awards for “Outstanding Producer of an Episodic Drama.”

Read in-depth interviews with all three TITAN judges about their careers, here > https://industrialscripts.com/category/articles/

In total The TITAN Awards will present 20 Awards to some of the most talented new screenwriters from across the country and around the world.
Across the contest, our winning writers will receive over $10,000 in Cash and Prizes, plus Gold, Silver, and Bronze Prizes in ten different genre and format categories.
Most importantly, our winning writers will be personally introduced to "the Titans" - three Hollywood judges of a rare level.
OUR PRIZE PACKAGES
In the Final Round of competition, from all of the Finalists in all ten genre categories, the Judges will select our Grand Prize Winner, who will receive:
GRAND FINAL GOLD WINNER
GRAND FINAL SILVER WINNER

The TITAN Awards will also award prizes to a number of category, format and genre winners.
If you win this year’s contest, a press release introducing you and your project will be sent to our list of industry contacts, including thousands of Hollywood agents, managers, producers, and executives.