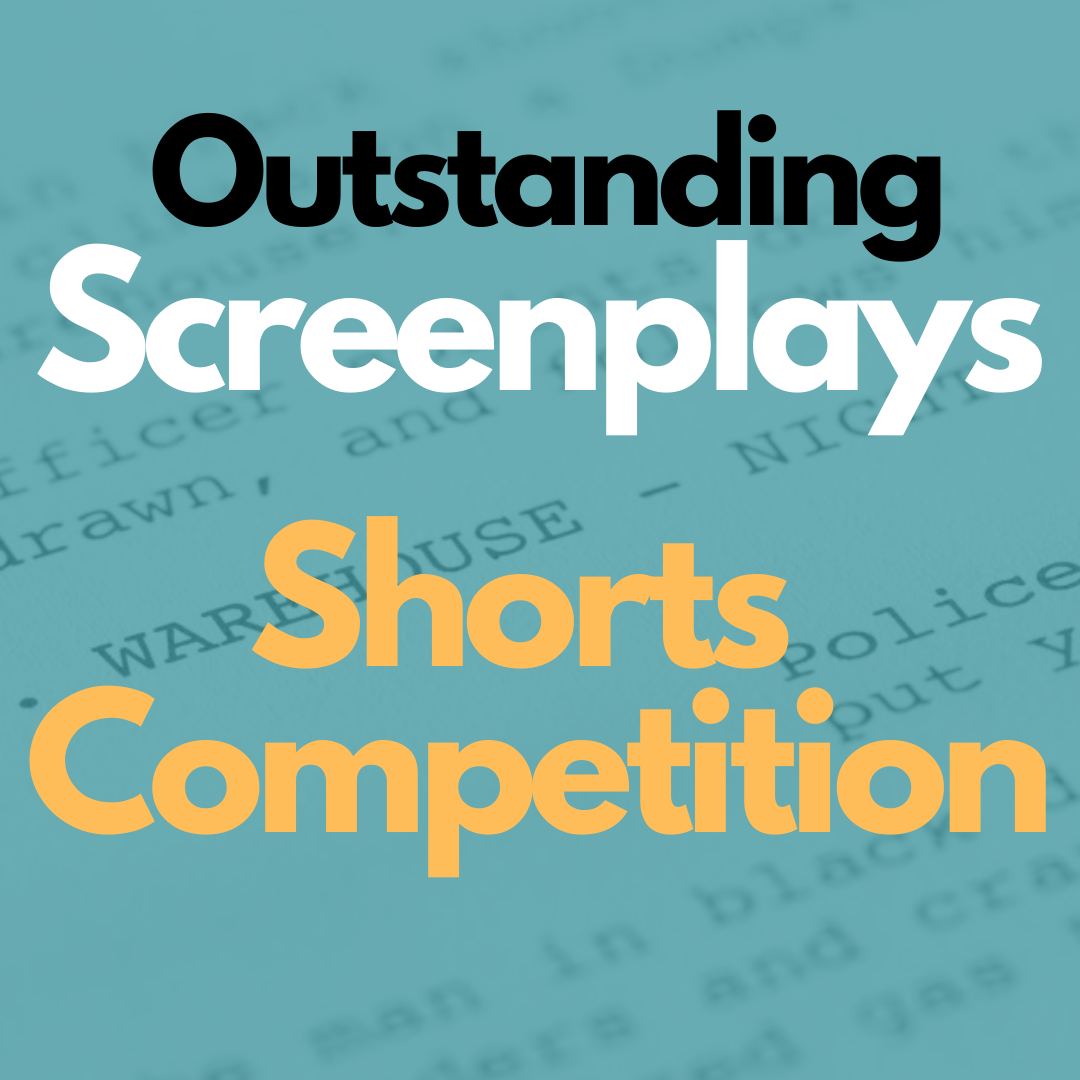 Getting your Short Script written and produced is the quickest way into the industry. Many famous writer/directors have started with short films like Damien Chazelle with “Whiplash”, Wes Anderson with “Bottle Rocket”, Taika Waititi with “Two Cars, One Night”, Christopher Nolan with “Doodlebug” and Martin Scorsese with “The Big Shave”
With this competition, we want the same success for you.
That is why our Grand Prize is your Short Screenplay PRODUCED for a GUARANTEED budget of $10,000.
That is why we have chosen the jury who have all written a short screenplay, produced and directed a short film AND got an Oscar nomination or Oscar win for it.
Our Short Film competition Jury and their Short films together won more than 110  Awards and gathered more than 160 nominations including 3 Oscar wins, 6 Oscar nominations, 1 Bafta win, 1 Palme d'Or Nomination and won all major short festivals from Toronto, HollyShorts, Clermont-Ferrand, Palm Springs, Aspen, SXSW to Sundance!

Outstanding Screenplays Shorts Competition offers you an opportunity to have your short film script produced for a guaranteed budget of $10,000.

Our 8 Oscar-Winning/Nominated Judges will decide this year’s Grand Prize Winner. Our jury includes 3 Oscar Winners and 4 Oscar Nominees. These are all creators who have the experience of bringing compelling shorts from concept to script to the finished film — and they won the highest awards in the industry for their produced short films.

Top scripts are considered by our unprecedented Oscar-Winning/nominated jury of short film writers, directors and producers. Our jury includes:

Chris Overton is an Academy Award® winning director, producer and a member of the Academy Of Motion Picture Arts and Sciences. Chris has been working professionally in the industry for over 20 years.

Chris is the CEO of Slick Films - an Academy Award® winning independent production company who won The Oscar® for Best Live Action Short Film at the 90th Academy Awards. Slick Films’ highly experienced roster of writers, directors and producers are constantly pushing the boundaries of filmmaking in pursuit of starting important conversations and making films with a social conscience. Slick Films tell stories. Stories with heart, stories that entertain and stories that are driven by equality, diversity and change.

Meghan Ross is the Head of Creator Success at Seed&Spark and previously worked for VICELAND and SundanceTV. She’s also an Austin-based writer/director/comedian who was selected for 2022 Women at Sundance | Adobe Fellowship and Sundance Episodic Lab 2021-2022 for her comedy Here to Make Friends (also her personal tagline). Her shorts made The New Yorker’s Best Shouts of 2020 list and she was nominated for The Webby Awards for If You Ever Hurt My Daughter, I Swear to God I’ll Let Her Navigate Her Own Emotional Growth, featuring narration by Jon Hamm. Her writing has appeared in Reductress, VICE's Broadly, TV Without Pity, The Toast, and other defunct but beloved sites. She hosted the late night show That Time of the Month for 5 years and the Instagram Live show No One Asked For This for 2 pandemic years. Most importantly, Meghan’s an aspiring stage mom to her rescue pit-lab, Dreidel.

Graduated from the Danish Filmschool in 2001, with the Student Academy Award® winning graduation film FEEDING DESIRE. His next short film THIS CHARMING MAN won an Oscar® in the Short Live Action category in 2003. Creator of the first Danish webisode in 2008 the Webby Awards-Honoree PINLY & FLAU. His previous short film JENSEN LIVES HERE gained a nomination nod by annual Robert awards by The Danish Film Academy.

His latest short film “ON MY MIND” nodded an Academy Award® nomination in the Live Action Short-Film category earlier this year.

Chairman for the Danish Filmdirectors Association in 2010-2013, subsequently Vice-chairman 2013-2015. As an avid short film lover, he has acted as head of program at OFF Odense International Filmfestival in 2012, and jury member at numerous short film festivals including the Clermont-Ferrand & Interfilm Berlin.

Martin Strange-Hansen has a long track record of nurturing and developing new talent as Commissioning Editor at Filmworkshop Copenhagen, Filmworkshop Odense and Filmworkshop Aarhus, as well as a mentor for young filmmakers at most Danish Filmschools.

A voting member of AMPAS® as well as The Danish Filmacademy.

Besides writing and directing his own projects Martin Strange-Hansen also acts as a script-writer for fellow directors.

Roberta Marie Munroe is a founder and CEO of Captivated Artist Inc., a production services company based in Los Angeles that specializes in budgets $500k and above.  She has produced and/or written & directed over 40 award-winning short form and long form projects with budgets ranging from $30K to $1.2M including films, and television pilots, independently, and for companies such as Fox Searchlight, AT&T and the United Nations (UNFPA). Roberta’s work has enjoyed massive success at festivals worldwide, (Sundance, Tribeca, SXSW, Venice, and Tokyo Short Film Festival), won many “Best Of” awards, and/or enjoyed a theatrical release and television broadcast (MTV, Netflix, CBC).

She is currently the creator of, DETOX, is a half-hour dramedy about toxic masculinity that was selected for the 2020 Canadian Creative Acceleration Program, “Searching For The Next Schitt’s Creek”.

Roberta Munroe is also the author of How Not To Make A Short Film: Secrets From A Sundance Programmer. She wrote the book after screening short film submissions at Sundance for five years. Her latest book, How Not To Sign A Film Contract: Know What You’re Saying Yes To, provides indie filmmakers with an overview of film industry contractual law.

Ms. Munroe has an exceptional eye for story, casting, post-production and target audiences. As is evidenced by her work at the Sundance Film Festival, where Roberta launched the careers of hundreds of filmmakers including, Aurora Guerrero (Queen Sugar), Cary Fukunaga (True Detective, Beast Of No Nation), the Duplass Brothers (Togetherness, Room 104), Tiffany Shlain (The Tribe, Connected, 24Six Life), Seith Mann (The Wire, The Walking Dead, Homeland) and Taika Waititi (Jo Jo Rabbit, Hunt For The Wilderbeast, Thor).

Mat Kirkby is an Oscar winning writer/director, directing over 100 commercials & music videos out of Ridley Scott Associates in London, with videos for Adele, Muse, Basement Jaxx and Fatboy Slim, over 500 million hits on Youtube, and ads for Nike and Playstation. In 2015, he won the Academy Award for Best Live Action Short Film for directing The Phone Call, a short drama film starring Sally Hawkins and Jim Broadbent. Kirkby wrote the film with his colleague James Lucas who both had family who worked on helplines. The short had its world premiere at the 2014 Tribeca Film Festival, where it also won Best Short Film.

Basil Khalil is an Academy Award & Palme d'Or nominated writer and director of British-Irish-Palestinian heritage. In 2011 Basil was featured by Screen International Magazine as one of "top 10 Arab filmmakers to watch". Basil's short film Ave Maria (2015) premiered at the Cannes Film Festival in official selection and was described by the New York Times as; "The Middle Eastern answer to 'Curb Your Enthusiasm'." Basil is a member of AMPAS and sits on committees that nominate short films and feature animation for the Oscars. His debut feature, A GAZA WEEKEND (2022), starring Stephen Mangan premiered at the Toronto International Film Festival 2022.

Maria Brendle is an Academy Award® nominated director and scriptwriter based in Zurich, Switzerland. She received her bachelor’s degree in film from the Zurich University of the Arts and her master’s degree in Cognitive Neuroscience (aon) from the Academy of Neuroscience Cologne. Her short films have been shown and awarded at several international film festivals. She works with a focus on women issues.

Tadeusz Łysiak is the graduate of Cultural Studies at the University of Warsaw, student of Directing at the Warsaw Film School. Creator of two award-winning short films in Poland and abroad: "Techno" and "The Dress". Participant of the prestigious program FUTURE FRAMES – Generation NEXT of European Cinema within Eastern Promises at the Karlovy Vary Festival. Winner of the "Discovering Eye" award for young talented filmmaker at the Polish Film Festival in Chicago. “The Dress” which brought its creators - among others, victory at the Atlanta Film Festival and a Bronze Tadpole at the Energa Camerimage - has been nominated for an Oscar® in Live Action Short category. Tadeusz is a member of the Academy of Motion Picture Arts and Sciences. He is currently working on his feature film debut.

Your Short Screenplay PRODUCED for a GUARANTEED budget of $10,000.

The winning Short Screenplay will be PRODUCED in co-production with an Academy-award winning production company Slick Films and crowdfunded with a filmmaker friendly crowdfunding platform Seed&Spark, with the minimum budget of $10,000 guaranteed by Outstanding Screenplays!

We're happy to be partnerned up with SLICK FILMS - an Academy Award® winning independent production company. Slick Films specializes in Short Films and their highly experienced roster of writers, directors and producers are constantly pushing the boundaries of filmmaking.

We're also pleased to announce that we have a new partnership with SEED&SPARK, a crowdfunding resource with no platform fees, the highest campaign success rate in the world (88%), and a track record of setting filmmakers on a path to success.

* Each of the 15 finalists will receive an EXCLUSIVE one page written feedback report from one of our 8 Oscar-Winning/Nominated judges!

* Each of the 15 finalists will receive 1:1 mentoring with Seed&Spark’s crowdfunding specialists! Seed&Spark is a crowdfunding resource with no platform fees, the highest campaign success rate in the world (88%), and a track record of setting filmmakers on a path to success.

Thinking about making a movie, show, or web series? Great! We wanna watch it.

But first, how are you going to fund it? And when you’re finished, who’s going to watch it? We've got answers!

Most people think of crowdfunding as ‘friends and family’ fundraising for a project. But we're going to show you how crowdfunding can not only get your project off the ground — it can help you build a sustainable film career through a direct connection with your audience.

Join Seed&Spark for this can't-miss Crowdfunding to Build Independence workshop to learn:

- Why audience building is essential for a film career (and crowdfunding)

Short Scripts should be within 2 - 40 pages.

The winning script can be produced in any country.